It’s rained near constantly for my week in Philly. In the small gaps in between, there’s been high humidity and a general mugginess. I hadn’t realised quite how damp it was here. Theoretically this shouldn’t be a place for a seed producer to thrive, (with the potential for damp to undermine the quality of seed) but that’s what it seems Truelove Seeds has the potential to do. Whilst TLSs is in it’s youth, there is a great deal of wisdom in it’s conception and amongst the people who come together to make it happen, and there are so many points of inspiration and learning that i’ll be taking from my time with everyone here in Philly.

Firstly, seeds! Seeds as the first stage of life. When I asked Amirah, one of the apprentices, Why seeds? her response was “Seeds are everything: our past, our present and our future”. I knew so much of this but it was great to re-connect to it, to physically feel it as beans ran through my fingers. Seeds are the genetics of the life that sustains us. Across the globe we are loosing power over our seeds to huge corporations. Seed sovereignty (power over the seeds that feed us) is vital for community resilience – without control of our seeds we can’t have control over our food, it’s simple. Our seeds must also be resilient themselves. In the context of climate change this means locally adapted and adaptable. 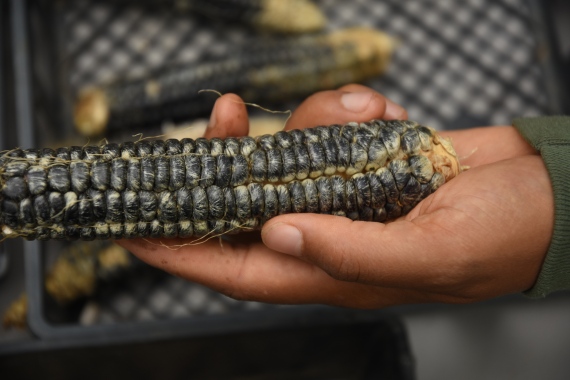 Owen made overt for me the power of sharing stories around seeds and plants. These stories give us ways to connect to our culture and heritage. They serve as ways in which folks from marginalised backgrounds can preserve, celebrate and share their history. This has a huge power and strikes me as holding a huge potential to heal when we consider how the history of botany is so intertwined with imperialism and colonialism.

Another big inspiration, and one of the main reasons I wanted to come and work with TLSs, has been their distribution model in practice. TLSs acting as a distributor for small-scale food growers allows these growers to take advantage of the profits which can be made through seed production without the distribution phaff. This distributed seed production model is one Owen said was in place in his last position at Roughwood Seed Collection , and one I learnt was in place for Kings Seeds in Essex in the UK in the first half of the last century. It lends itself well to seeds production as it works well with the isolation distances required to make sure seeds haven’t been cross-pollinated. The way in which I feel TLSs is unique is that through this dispersed production model it is specifically focusing on supporting the work of “small-scale urban or rural farmers committed to sustainable agriculture, food sovereignty, and cultural preservation” – TLSs is creating an entrepreneurial solidarity model in which a substantial amount of the sales go to the producer. These connections are far richer than just the transaction of seed and money, and Owen takes an active role in sharing the knowledge that he has and supporting people with their seed-saving, whilst celebrating the knowledge that they have as food and seed producers. 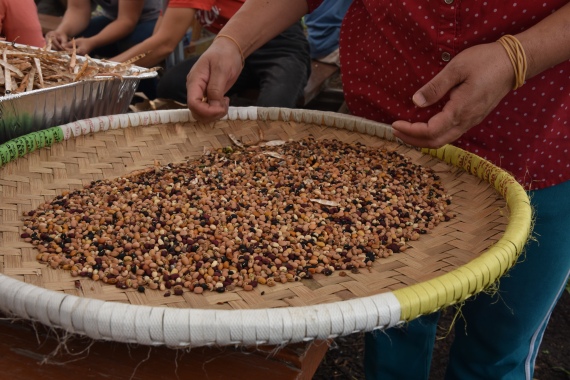 Truelove Seeds serves as a reminder of the power of networks in working for social justice. Most of the farms that TLSs works with are projects that Owen has worked with over a 15 year career working on social justice issues. A huge strength of TLSs comes from these networks. For example, the land Truelove Seeds are currently farming on is insecure in tenure and when I speak I ask about the uncertainty of this situation and what that might mean for the future, it feels clear to me that even though there is a risk of loss of the site, there is a resilience which comes through Owen’s networks in the city and beyond, connections he has to other sites upon which he might be able to grow seeds himself, and a wonder if something happened to the site if more of his time would go into supporting other projects in their own seed-saving.

Owen talked about the importance of trust in enabling these networks to exist, how the longevity of many of these relationships, enables trust of him as a white person working in a world focused on racial justice. He feels that, given the power dynamics and communications between white communities and certain communities of colour, when you’re asking someone to trust you to provide an outlet for their seeds, or even just come on to their farm, it’s much easier to do that with people you’ve already laid ground work with.

My time at TLSs has been a richness of ideas. Conversations I had with another apprentice, Althea, got me thinking about the how vital diversity is in resilience. Althea talked about it in the individual context, how our movements need to consist of diverse groups of people so that different people can draw on their strength at different times (as other people struggle), and so the total group is stronger in the face of adversity, as different people face it in different ways. To organic growers, the idea that diversity gives systems strength is quite central. These conversations also resonated quite strongly with my feelings that the community food growing movement in London and the UK needs to be diversifying massively if it is to stay relevant (and resilient). We need to be applying the idea that diversity gives systems strength to our projects and movements, making them less white and middle class led.

During my work at Truelove seeds I have felt hugely present in my body and senses. Whilst this has a lot to do with not holding responsibility on the project, and working with a delightful team which takes time to appreciate, I’ve also been wondering about the act of seed-saving in enhancing this presence. My whole stay at Truelove Seeds has felt hugely sensory. The sound and feeling of running your hands through trays of dried beans. The noise of threshing seeds. The smell of basil as it’s processed. I even grew fond of the vacuum cleaner intermissions in the seed room as the ‘seed cleaning machine’ was used. It feels like there is something primal about saving seeds, and it’s definitely something which will feature more in my future. It’s given me a whole new appreciation for the senescence of plants, their pre-death stage of decline.

The passion of everyone I’ve had the pleasure of working with for the week has been infectious. I’ll leave it to Owen to sign off on why seeds: “I’m fascinated by plants, and have been forever and learning about how each plant procreates is fascinating. The ability to hold their genetic material in your hand and know that package has the ability to breed life, that could be something a 1000 times bigger than that seed, it feels like science fiction but it’s real. I love it. Seeds are joy for people, a home, a memory, they hold people’s soul foods, their sense of place and identity, all of that can be wrapped up in this little piece of life. The ability to share that to be able to send it across the world is pretty awesome.”