My final farm stop is at Zenger Farm, located in the Powellhurst-Gilbert neighbourhood of Portland. It’s another farm located in an area undergoing great change. Portland as a whole faces great increases in house prices and I’m told this is driven by folks moving in from California in search of cheaper living (folks pushed out by the tech boom in San Francisco, essentially ripples of the same wave that is moving through the bay area and impacting projects like Planting Justice there). This influx is pushing people (who’ve previously lived more centrally) further out in Portland, into areas like Powellhurst-Gilbert, an area which is one of the most ethnically, racially and culturally diverse neighbourhoods in Portland, and is faces the ongoing challenges of displacement, poverty and food insecurity.

During my week at Zenger I’m told of internal conversations around the coming of a new supermarket to the area, a members coop that sells a lot of organic and ethically traded food, but at a higher cost, fairly clearly catering to the changing demographic of the area. As an area that has very limited food retail opportunities, the coming of new food retail outlets is much needed. But the debate is split within Zenger. Some argue that the desirability of such a shop will contribute to gentrification and that the increased costs of shopping in such an outlet exclude lots of the longer term residents of the area. Whilst others argue that we need retail outlets which don’t externalise the costs of the food system to workers and the environment further back in the food system (through low wages to farm workers and retail staff, and poorer environmental practices). This is a localised example that is the heart of a debate around more ethical food. In a food system where so many of the costs of the food we eat lie externally to the money we pay, how do we provide access to sustainable healthy food for all? How can food systems based in capitalism ever properly provide good food for all? This is a theme I’ve seen addressed across the projects I’ve visited in the last 8 weeks. Global politics are always evident at the local level.

My week at Zenger, at the tail end of October, marks the end of their CSA (excluding a solitary thanksgiving pack) and the end of their apprenticeship program. The apprenticeship program is a central part of the work done at Zenger farm. This year there are 4 adult apprentices (Kayla, Michelle, Carey and Mike), working 4 days a week for a stipend. Paid training opportunities are vital for diversifying the very undiverse farming sector, something which is a central aim at Zenger Farm. One of these apprentices each season lives on site for a low rent having responsibility for some of the tasks (like letting chickens out, watering, and opening and closing polytunnels) that pull farm managers into unsustainable working patterns (weekend and evening work).

I spent a lot of the week working alongside the apprentices, chatting about politics, food systems, and future jobs as well as being shown the Zenger way for day to day tasks. The apprenticeship has been very consciously created and is being tweaked each year. As I’ve seen with other educational farming programs on this trip, food justice is taught alongside practical farming tasks, with apprentices exploring power in food systems and being encouraged to reflect on their positionality. An aim is that most of those moving through the program will head into food and farming related jobs, and I’m proudly told by one of the farm managers that 80% of past apprentices (since 2010) were farming this season, with 55% as managers or owners. It’s been a joy to spend the week with the apprentice team here, to be exposed to the journeys they are on and the knowledge they have gathered (over their apprenticeship and before) and to take lessons from that just as I take lessons from the program as a whole. 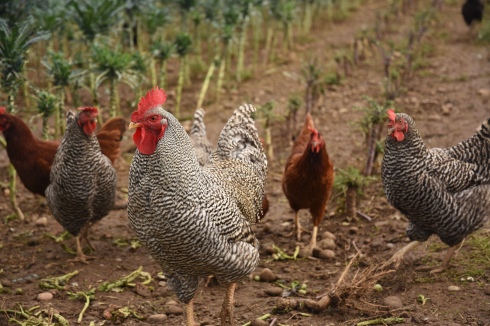 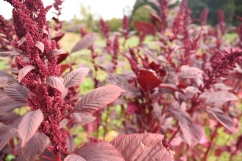 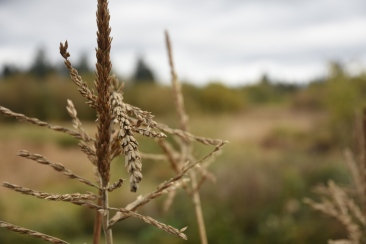 There are numerous aspects of the apprenticeship which suggest to me the ways in which it has evolved over time to develop strong, political, resilient leaders in farming. Over the course of the year all apprentices spend time stepping into a management position to develop these skills. On a practical level I was impressed to see systems through which responsibility is rotated for running the CSA pick-ups, and the way in which harvest and packing allow much more responsibility taking from apprentices. This has the double affect of empowering and training apprentices and lightening the day-to-day responsibility load of the farm managers, and all in all seems to be a much more farm resilient way of designing systems. Apprentices are given an insight into crop planning, with managers freely sharing excel templates, and apprentices attending crop reviews at the end of the season. The emphasis on looking after the body is very evident at Zenger with days starting with a stretching circle, giving people time to gather before heading out to tasks. Space is also given to teaching about non-growing aspects of farming such as employment routes after the apprenticeship and produce distribution.

The two farm managers, apprentices and a number of short-term part-time unpaid interns, together manage 4 acres of land, predominantly producing vegetables but also with a small fruit orchard (I was lucky enough to be there for persimmon harvest!). Over two thirds of the produce goes into a 200 member Community supported agriculture (CSA) scheme which provides locals with a share of vegetables each week from May-October. Whilst I’m there I get to experience some of the last CSA pick ups of the year. There’s a lot of gratitude for the vegetables provided and a strong sense of community around the farm CSA pick-up. The CSA is bilingual (English/Spanish) and accepts SNAP/EBT payments (what used to be food stamps). Accepting SNAP/EBT payments is something Zenger have educated other farmers running CSAs to do. 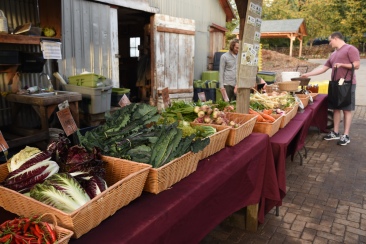 Zenger farm is the lead farm on a project called CSA Partnerships for Health. Through Partnerships for Health a number of farm-based CSAs across Portland have partnered with health centres to provide low cost ($5 a week) CSA shares to patients. At Zenger they work with clinic staff who ‘prescribe’ a CSA share to individuals for whom access to fresh vegetables has a large health benefit, but who have an economic barrier to paying the full cost of a seasonal CSA share. Most CSAs require an upfront payment for the whole season of vegetables, in fact this is part of their benefit for farmers who pay out many of the costs of the season far in advance of reaping the rewards. But such a system can be a barrier for low income groups. The Partnerships for Health allows people to pay weekly, the price is heavily subsidised (supported by Kaiser Permanente, Providence, OHSU Knight Cancer Institute and the USDA National Institute of Food and Agriculture ), and accepts SNAP/EBT payments. When I visit one of these health centre CSA pick ups, there is a member of the clinic staff greeting CSA members and checking in about people’s health, and there’s also a community chef giving out food samples demonstrating recipes for some of the vegetables. For me this is another inspiring model seeking to distribute fresh vegetables to places that they are needed most. In London we are not yet making the link between veg bags (CSAs) from urban (and peri-urban) farms and those who most need fresh veg, largely leaving our vegetables to be consumed by those who can afford them. This is a huge gap we need to address.

To me, systems such as these provide an answer to the question i’ve raised above, how can we provide access to sustainable healthy food for all? Personally, I’ve long since given up on capitalism’s ability to do this. Through cross-subsidising (either through external funding or by other CSA members through solidarity shares or sliding scale fees as demonstrated in projects such as Soul Fire Farm) farms such as Zenger are showing an answer to these questions. That, along with an incredibly well thought out apprenticeship program which is aiming to make farming more inclusive, means it’s an inspiring week. Thanks Zenger! 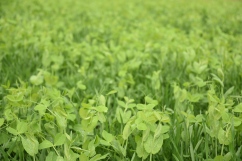